From the article by Dr. Phyllis:

"There is a 'marriage bureau' in the northern Syrian town of Al Bab for Western women in a marrying state of mind." 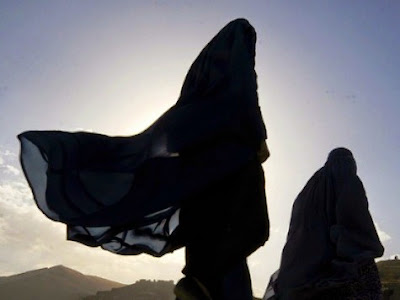 An image with outstanding artistic flair.

"Today, young Western girls and women are being lured by Internet ads posted by ISIS/ISIL pimps, both male and female, which appeal to their desire to be part of something larger than themselves; something important and possibly dangerous. However, what may be attracting them at a deeper level is, paradoxically, the promise of non-freedom. For many Westerners, too many choices function as a burden and accepting a role in which one’s duties are fixed may seem preferable."

NOT necessarily sex slaves in the Islamic definition of the term. Wives of jihadists to procreate the next generation of combatants.

ISIL a movement and must be appreciated as such. AND TO MANY PERSONS HAVING AN APPEAL WITHOUT QUESTION!!