This plane I am not so familiar with. 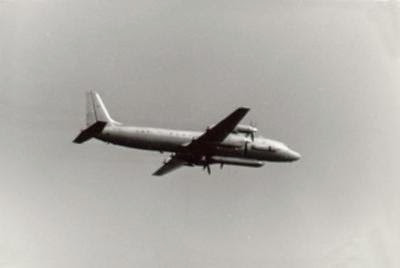 Coot as seen from a distance. Strictly for the purpose of reconnaissance and intelligence gathering.

That Il-20 based on a very successful civilian design [Il-18] analogous to the American commercial Electra aircraft of the same era.

"The Ilyushin Il-18 (NATO reporting name: Coot) is a large turboprop airliner that became one of the best known Soviet aircraft of its era as well as one of the most popular and durable, having first flown in 1957 and still being in civilian use 56 years later. The Il-18 was one of the world's principal airliners for several decades and was widely exported."

"COOT" AS CAPABLE AS AN AMERICAN RC-135. So it is alleged. Don't let those propellers fool you.

There also having been another Il-20 from a prior era. A ground attack aircraft as designed in that period immediately in the aftermath of the Second World War. ONLY one flying prototype ever built, that project having not progressed further.