Foreign fighters an integral part of the ISIL combatant force.

"Douglas McAuthur McCain, 33, of San Diego California was killed over the weekend in fighting between the Islamic State of Iraq and al-Sham (ISIS) and a Syrian opposition group, according to the Free Syrian Army." 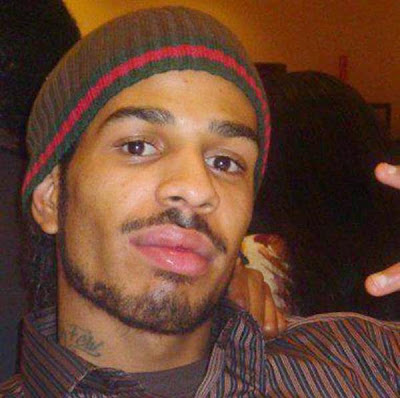 Mr. McCain flashing gang signs and having what is apparently a gang tattoo on the neck.
"After the battle, McCain, along with his American passport and the bodies of three other foreign jihadis were found."

"McCain, who referred to himself as 'Duale ThaslaveofAllah' on Facebook made his allegiance to Islam apparent on his social media pages."

McAuthur misspelled? Was originally McArthur and then changed to MacArthur. The name of the famous American general.

P.S.: Read the entire write up about Mr. McCain at JihadWatch. Mr. McCain seemed to lead a relatively normal life until recently. He did work in Somali restaurant and perhaps that is where he made contact with jihadists?