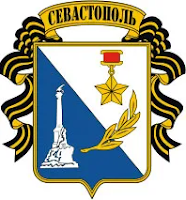 Sounds like insurgents/partisans/guerrillas. Drone dropping a minor amount of injurious munitions but not so excessively so.

"That's according to the Crimean port city's governor.

From the online edition of the British "The Guardian".

"A Russian navy ship docked in Sevastopol, Crimea, in the Black Sea. Russian officials say a Ukrainian drone has struck the headquarters of its Black Sea fleet.

Recall that Crimea prior to 2014 was an integral part of Ukraine. The annexation of Crimea and incorporation of the area into Russia has not been acknowledged by Kiev as a legitimate and lawful action. An attack of Russian interests Crimea is NOT SEEN in Kiev as an attack on Russian sovereign territory.