PEOPLE what did I tell you!

Seems my intuition was 100 % correct. USA State Department cable seems to suggest it is so! 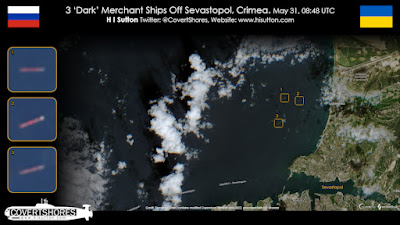 "The U.S. has warned the Kremlin is trying to profit by selling stolen wheat from Ukraine to drought-stricken countries in Africa. The New York Times reports in mid-May, the U.S. sent an alert to 14 countries, mostly in Africa, that Russian cargo vessels were leaving ports near Ukraine laden with what a State Department cable described as 'stolen Ukrainian grain.'”

"The cable identified, by name, three Russian cargo vessels it said were suspected of transporting it. The American alert about the grain has only sharpened the dilemma for African countries, many already feeling trapped between East and West, as they potentially face a hard choice between benefiting from possible war crimes and displeasing a powerful Western ally, and on the other, refusing cheap food at a time when wheat prices are soaring, and people are starving."

AFRICAN NATIONS DESPERATE FOR A MUCH-N EEDED INFLUX OF GRAIN POSSIBLY AT A PRICE LOWER THAN THE CURRENT MARKET VALUE WILLING TO MAKE A DEAL WITH THE DEVIL? THAT IS WHAT WE HAVE HERE?

Thanks also to the sharp-eyed OSINT efforts of H.I. Sutton.