DENY Black Sea ports to the Ukrainian. Grain shipments as an export worldwide even when a cessation of hostilities going to be difficult if next to impossible!

Courtesy agweb.com and the tip from Freeper.

Such action can only be seen as cruel and malicious, done with spite and anger.

"Traders and farmers, with the support of the Ukrainian government and neighboring nations, are seeking alternative routes to export those grains to stave off global food shortages and relieve soaring prices. But the new routes are longer, often backlogged and more expensive. The challenge is complicated by stretched infrastructure and continued Russian attacks on bridges and railways." 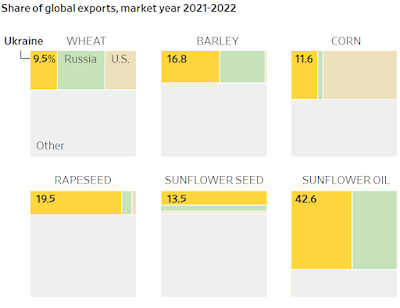