The P-8 Poseidon naval aviation patrol plane not having an organic MAD detector.

As was standard equipment for the P-3 Orion and the P-2 Neptune before it. A standard feature that trailing boom making those ASW [anti-submarine-warfare] aircraft recognizable at a distance. 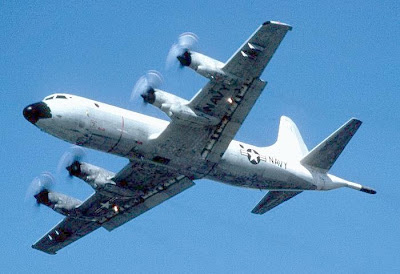 That boom extending rearward from the tail of this Orion the MAD apparatus.

Orion the "hunter" in the role of slow flying and low flying warplane able in the offensive role to detect enemy submarines.

Orion flying low over the ocean that MAD apparatus having a capacity to detect a submerged [but not too deeply] submarine, the detection of and abrupt change to the magnetic field indicative of a large object made of ferrous [iron or steel] underneath the water.

[that combination of low flight and shallow submergence both needing to be satisfied for MAD to work?]

P-8 NOT to be equipped with that trailing boom, MAD not as included in the standard Poseidon combat package.

P-8 to begin with flying as intended too high and too fast to make MAD effective?

And the U.S. Navy having taken this into consideration and having an alternative already available?

As described in an aviation forum:

"a prototype UUV called Seaglider that will allow the USN to put thousands of these small autonomous swimmers, each of which can stay at sea for many months, to listen for adversary subs or surface ships, reporting these findings periodically to satellites when it surfaces, allowing the P-8 to prosecute an actual datum rather than staring at empty ocean for hours and hours day after day like the P-3 community often did. A sensor rich environment and net centricity replace hundreds of ships and airplanes patrolling the ocean." [my emphasis]

Thousands of the military version of the Seaglider to be deployed in pelagic [blue] waters settling to the bottom and listening for submarine activity, surfacing and transmitting a formatted message in response, alerting the P-8 "hunter" crews. That "about" location of an enemy submarine made apparent to the P-8 crew even prior to take-off? 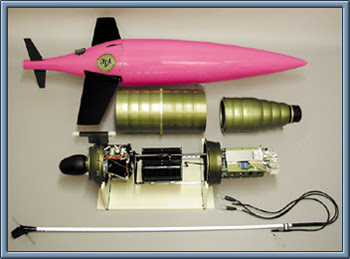 A Seaglider is about 2 meters [6 feet] long!

As a consequence, that standard and very laborious and time consuming almost never-ending search over deep waters for enemy submarines using MAD not required. That task of the P-8 much less tedious, far less time consuming and more effective?

A military version of the Seaglider already exists? To be deployed in pelagic waters and even in the abysmal depths. And a version that will work?