Poseidon, the P-8 replacement for the ancient and venerable P-3 naval aviation warplane, able to fly much faster and higher.

Poseidon a patrol plane as is the P-3 and the P-2 even before that, but best understood as much more.
A naval aviation land-based aircraft also possessing a combat capability.

Actively seek out and destroy if necessary enemy submarines, and surface vessels for good measure too if required.

Poseidon not without reason referred to as a Multi-role Maritime Aircraft [MMA].

Poseidon however while able to fly much faster and higher than the P-3, do not think these are necessarily positives of a major nature.

That "patrol" role, surveillance and search mission quite often the low and slow approach to flight better. Especially when attempting to search for, locate, and track and enemy submarine.

P-3 in particular [and the P-2 for that matter also] noted for an ability to loiter in an area for hours on end, ENDURANCE almost without peer a feature of these patrol planes considered a big plus.

That P-3 airborne endurance with a single fueling indeed a marvel according to the wiki about 16 hours:

"Long deep-water, coastal or border patrol missions can last over 10 hours and may include extra crew. The record time aloft for a P-3 is 21.5 hours"

That P-2 even before the P-3 also noted for extreme airborne endurance on a single fueling, the P-2 at one point having established an aviation record most remarkable: 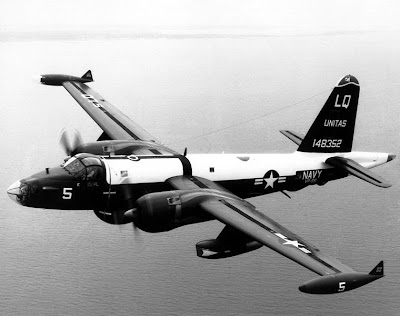 A P-2 of this type but sans internal gear and carrying a minimum crew but extra fuel tanks able to fly non-stop from Perth Australia to Columbus OH, USA!!

P-8 WILL NOT HAVE SUCH AN ENDURANCE AND THIS IS UNDERSTOOD FROM THE START AND TAKEN INTO CONSIDERATION.

This will be a necessity.

And with regard to mid-air refueling, this noted by an acknowledged aviation expert:

"Having a shorter ranged plane like a B-737 means it isn't up there and forgotten for 24 hours or so--it has to be provided with refueling support every few hours, which doubles or triples the cost [my emphasis] and amount of planes, time, and crew members (adding the refueling planes crews) that a single plane flying on its own would consume."

Speed however, that Poseidon faster than the P-3, will be a virtue?

Reaction time to an area of contact or interest, that ability of the P-8 to be airborne and in the target area faster will be a plus? Or is this so?

Again from the acknowledged aviation expert:

"the idea with the P-3 was to throw it up and forget about it . . . for 20 or more hours, during which it covered thousands of square miles of ocean, scanned all of it, and was 'on station' for attacks when necessary." [again in both cases my emphasis]