From the Israeli web site Ynet we have these items.

That situation in the Middle East most intense and with the possibility of becoming more drastic very soon.

To an extent this is 1914 all over again? An action will beget a reaction and so forth, the consequences most profound and not desirable.

1. "West: No decision yet on Syria attack"

"Analysis: Kerry's statement was unequivocal. There are 2 possible courses of action: Striking chemical weapons reserves or attacking Syrian army, regime establishments. How will Assad act against Israel, what will Russia do?"

4. "Netanyahu warns of 'strong Israeli response' if attacked by Syria"

That action and reaction to include: 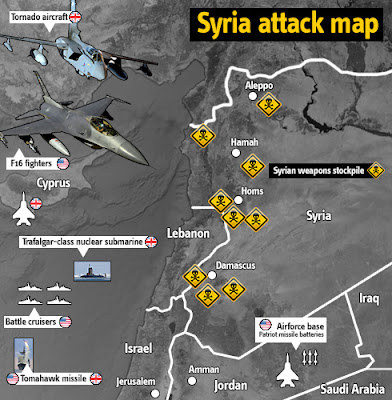 And in turn the Russian will respond HOW?

We shall see or will the proverbial cooler heads prevail!