Here with an example of a combat warplane that was able to satisfy the demands of multi-service usage. The A-7. As with the A-7 so NOT with the F-35?

A-7 an "attack" [bomber] warplane NOT a "dogfighting" warplane, NOT a multi-role aircraft but versatile and mission capable as intended. 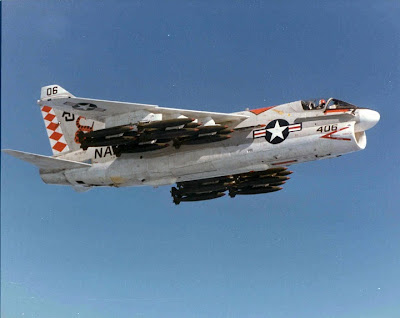 So finding one airframe that with slight or moderate modifications to the basic airplane multi-service usage is possible. And performance still being good, within reason one-size can fit all?

"A-7 Corsair II and the VAL program: how a multiservice aircraft should be developed"

A-7 as adopted by the U.S. Navy and then the USAF as light tactical "bomber" fulfilling the role as envisioned and doing so with panache.

"There are several examples of combat aircraft that were born with the aim to serve in two or three different services of the same nation in aviation history."

"Usually, these programs face many problems before they reach their full operational capability and they struggle to satisfy the different customers who put them into service."

"But among all these programs there has been also a huge success: the so called VAL (with V meaning for heavier than air; A attack; L light) from which the Vought A-7 Corsair was born."

"However the A-7 wasn’t such a revolutionary aircraft like the F-35 is intended to be: in fact the Corsair II was a low risk project since its airframe was similar to the F-8 and was also simpler than the Crusader one." 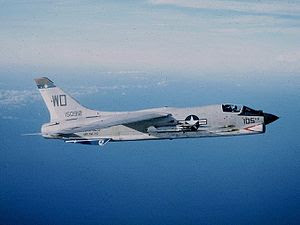 Here is a Crusader single-seat air superiority warplane from that era of the 1950's. That F-8 and Crusader and one and the same. F-8 became the A-7.

Right! Take an basic existing airframe, modify slightly, add new engines, avionics and weaponry and a capable war bird emerges, and at a much lower cost with multi-service capability!

The key development in the A-7 was its bombing computer that allowed the plane to launch iron bombs at a great distance (multiple miles) from the target and have an excellent chance to hit the desired target.