Thanks to Lew Rockwell and the story as originally by Mr. McAdams:

"US Bombing Syrian Chemical Weapons Stockpiles Will Kill Many Thousands"

That red-line in the sand has been crossed, the gauntlet has been thrown, now for retaliation?

The hazards of which cannot be under-estimated.

At this very  moment, American warships in the eastern Mediterranean are "making ready", a barrage of cruise missiles to be launched by surface vessels and submarines both is imminent?

"The Obama Administration is reportedly planning a cruise missile attack on what it believes are the Syrian government’s chemical weapons stockpiles. This is said to be in retaliation for what it claims is a Syrian government chemical attack in which as few as 300 or less were killed."

"The US bombing of Syrian chemical weapons stores is said to be logistically all but impossible, and, more importantly would risk a mass-disbursement of deadly chemicals that could kill thousands upon thousands of Syrian civilians who happen to live in proximity."

And this article is correct. A release of the deadly chemicals following an attack will create a plume of toxicity the consequences for those in the immediate area of the chemical munitions depots and downwind will be horrific in the extreme. THAT NUMBER DEAD FROM UNINTENDED COLLATERAL DAMAGE MAGNITUDES GREATER THAN FROM A DELIBERATE CHEMICAL ATTACK BY ASSAD! 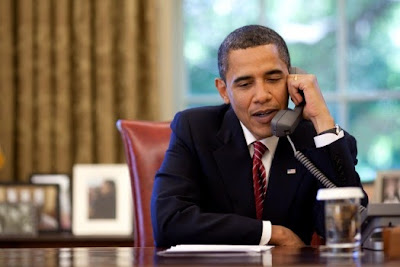 "The buck stops here" and yes it does! For absolute clarity sake President Obama on the phone in this particular instance with the crew of the space shuttle Atlantis.

Worse yet perhaps the consequences for escalation are also enormous and also a hazard, a civil war may explode in an unanticipated manner into a regional war and EVEN BEYOND!

Syria has promised an attack on Israel if and when foreign intervention from the western power does occur. With all that will mean.

Devoted readers in an intuitive sense know how deadly this can become and in almost an instant. Hezbollah, Israel, Iran, Russia, the western allies and assorted proxies.

Be prepared and "make ready" yourself for news headlines that both alarmist and factual in nature.