That most advanced and at the time TOP SECRET bomb sight from the era just prior to the Second World War [WW2], the Norden Bomb sight, still in use during the Vietnam War?

This according to the wiki entry for the bomb sight and this has been confirmed. 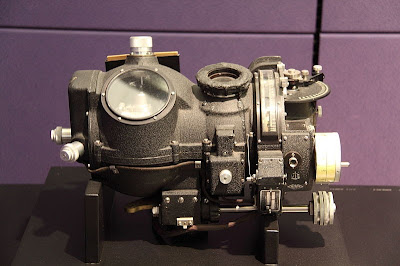 This is only half of the Norden appartatus.

Norden used for the precision dropping of remote Seismic Intrusion Devices [SID's] part and parcel of the Igloo White program as deployed in the Vietnam theatre.

". . . Initially, most ADSID deliveries were performed by the OP-2E –four heavily modified P-2H Neptune airframes repainted in green, grey or black camouflage and flown by US Navy observation squadron VO-67. The aircraft was fitted with the . . . DIANE (Digital Inertial
Attack and Navigation Equipment) and the World War II Norden optical bomb sight for precision ADSID drops." 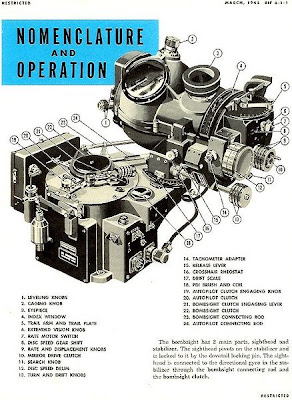 From a WW2 USAAF document that entire Norden and as also linked to the planes autopilot.

That P-2 navy patrol plane also from that era of WW2 [1945] in the "observation" role during the Vietnam War dropping multitudes of sensors up and the down the length and breadth of the Ho Chi Minh Trail. Sensors the purpose of which was to detect enemy movement and traffic, target and devote same for destruction.


As for the efficacy of the entire Igloo White program, that is still an item for discussion. But almost thirty years after that initial development of Norden, that the bomb sight still going strong and providing an adequate level of performance is quite remarkable.

While I was in High School in 1957 I joined an Amateur Astronomers Association. Being a member I was able to work under a goup of master opticians who guided students, mainly middle aged adults, in mirror grinding and polishing. Under these master craftsmen I was able to produce a 6 inch f8 mirror and then a telescope. This took much time twice a week in the evening for the better part of a year so I got to know the head optician quite well.

He told stories and one of his stories was about producing the optics for the Norden bomb sight. He and other superb opticians were rightfully proud of their work. He was convinced with such a bomb sight one could place a bomb inside a barrel from over 5 miles high--something I doubt--but enjoyed hearing at the time.

BTW, I still have the mirror in a wooden box but the rest of the telescope is gone.