Yet more headlines, that F-35 export version in real trouble. By leaps and bounds the various nations of the world now realizing the F-35 program not going to meet goals, metrics, benchmarks, time tables, etc. 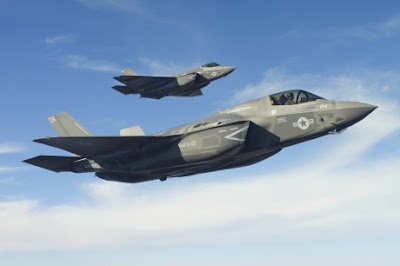 Alternatives being sought or questions being raised, all valid.

That Italian purchase of F-35 not rendered totally moot but subject to oversight of a nature that further imperils that image of the Lockheed "Lightning", that product [F-35] perceived as a lemon, no longer seen as so desirable.

"Even if the Italian Air Force considers it 'essential' for the future of the service in the next 20 years, the F-35 program will be reviewed for 6 months, as a consequence of the lower-house motion"

"Based on the new motion, Italy’s participation in the program will not be cancelled, but parliament will have to approve any further stage of the 5th generation multi-role fighter jet purchase."

That Saab Gripen NG seen as a much cheaper alternative, even that demand for so many advanced fighter aircraft seen as now an almost archaic and non-essential element of national military force?

Given budget restraints even in the U.S., that original projection of the USAF needing a minimum of 2,000 F-35 being too great now also. A far less number eventually will be purchased, perhaps only half that original number was envisioned when the "Lightning" program conceived?

This gets worse and worse.