That Italian Maestrale frigate as to be purchased by the Filipino navy indeed able to fire the Otomat/Teseo anti-ship-missile [ASM].

Additional missiles of the Otomat/Teseo ASM also capable of being deployed in a land-based coastal defense version, if and when the Philippines decides to further bolster their national defenses against a perceived Chinese threat.

The Otomat/Teseo available in a coastal defense version this DOES MAKE SENSE!

"The Otomat/Teseo is an Italian-built, anti-ship and coastal attack missile AND '[exists as a] variant in service [as a] coastal defense version . . . All necessary electronics are trailer-mounted as well as twin missile launchers, which makes it a high mobility system.'"

Alternatives to the Otomat/Teseo do exist? A quick perusal of the Internet wiki entry for anti-ship missiles seems to suggest this is so. That criteria being operational range [about equal to or exceeding an operational range of 180+ km]  and already existing in a land-based coastal defense version.

BrahMos is state-of-the-art, supersonic, the total package but I might think expensive and perhaps not being for export. 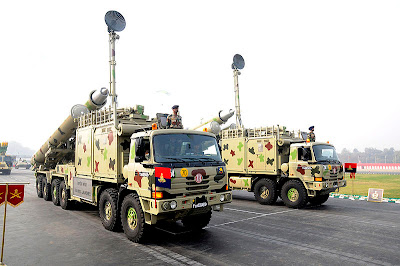 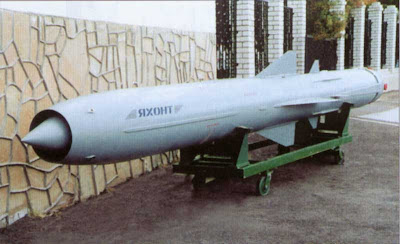 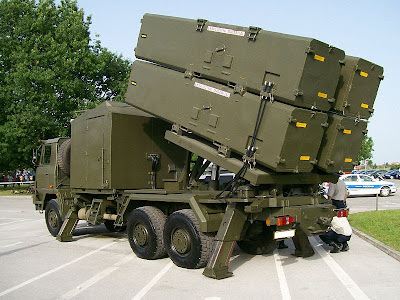 "The Swedish coastal artillery was also equipped with RBS-15Ms, which were mounted on Volvo trucks" 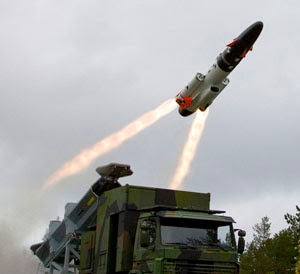 A Swedish RBS-15 during launch form a coastal defense vehicle. Those are booster rockets sending the missile aloft prior to ignition of the turbojet engine.

Norwegian Naval Strike Missile. Two persons barely visible in the extreme right of the image give you some idea of the scale and size of the ASM.

"The Type 88 Surface-to-Ship Missile . . . is a surface-to-ship missile developed in Japan."

"SSM-1 is an improved and land-launched version of ASM-1." 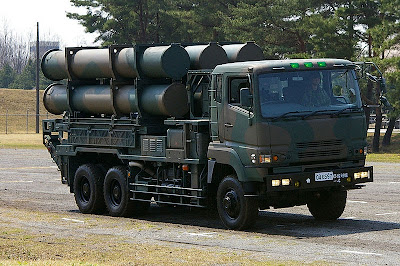 "The Hsiung Feng II (HF-2) . . . is an anti-ship missile system . . . The HF-2 is designed to be deployed aboard ships or at facilities on land . . . The HF-2 has ECCM [electronic-counter-counter-measures] capabilities and is deployed . . . at several land-based sites" 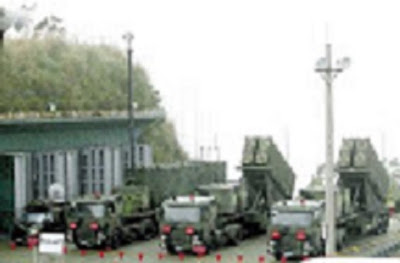 NO Chinese ASM were considered worthy for inclusion. I hardly think the Chinese willing to sell to potential rivals and adversaries their most advanced weaponry.

Devoted readers to the blog can suggest other possible ASM for inclusion?

I like the quote:
"The Swedish coastal artillery was also equipped with RBS-15Ms, which were mounted on Volvo trucks"

And directly below it is a Scania truck :)