"All of the aircraft were spotted southwest of Taiwan, between the main island and the Taiwanese-held Dongsha Islands"

Dongsha also referred to as Pratas.  This post courtesy Freeper.

Here with an instance of exaggeration as previously elaborated upon? 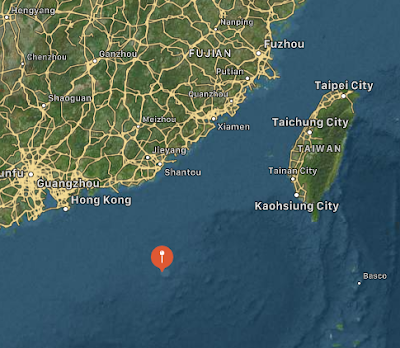 Dongsha [Pratas] that orange blob. Distance between Kaohsiung City and Dongsha about two-hundred forty miles [384 kilometers]. Distance between Taipei City and Dongsha about four-hundred twenty miles [672 kilometers]. Taiwanese ADIZ extends too far out beyond normal to be credible? Unscheduled flights in the ADIZ failing to identify when hailed labeled as hostile/intruder but not for good reason?

G2mil correct? Taiwan ADIZ having been designated by American general officers in the aftermath of WW2 no longer valid? That result excessively alarmist headlines that does no one any good?