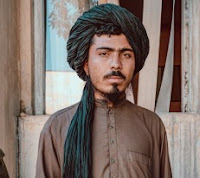 "The specialized unit [Badri 313] operating out of the former Kabul nursery school is named in homage to the Battle of Badr some 1,400 years ago, they say, in which the Prophet Muhammad’s 313-person army clocked a military victory against a much larger Quraysh force"

From the New York Post and the article by Hollie McKay and expose of the Taliban Badri 313 special operations units. Wear American uniforms, carry American weapons, from a distance can pass for an American troop.

"The former school [as now occupied and the headquarters of the Badri 313 unit] now serves as the new base of the Taliban’s elite special forces unit known as Badri 313 or the 'Badri Command.' But it is not only home to the hardest of hard fighters, who roam the grounds clad in camouflage and touting an arsenal of American-made weapons, it is also for those training to become suicide – or martyrdom – bombers too."

Badri 313 not only conventional combat fighters but also those who do suicide missions [wearing a body-vest of explosives]. A potent combination more than anything else demoralizing to the foe.

AND NO SHORTAGE OF VOLUNTEERS EVIDENTLY.

This Hafiz the commander. Has he been to Command & General Staff school yet?