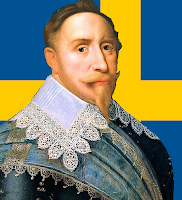 Dragoons Swedish style. But no horses.

"Dragoons originally were a class of mounted infantry, who used horses for mobility, but dismounted to fight on foot."

"The Cavalry is Coming"

"Yesterday [24 September] the Swedish Armed Forces officially stood up the first of their new units announced in the latest defence white paper, as the Norrland Dragoon Regiment was again retook its place as an independent unit. The unit, formerly known as the Army Ranger Battalion, has up until now operated as a semi-independent unit based in Arvidsjaur but sorting under the Norrbotten Regiment based in Boden. Of all the new and reinstated units found in the latest Swedish long-term plan, the Dragoons are without doubt the one most directly beneficial to Finland."

"the Swedish soldier is a very serious opponent - thoughtful, disciplined, physically strong and tough, well armed, well acquainted with the territory he will have to fight over, and well trained for action in such terrain." - - Suvorov.

"I fredstid förbered dig för krig". In time of peace prepare for war.