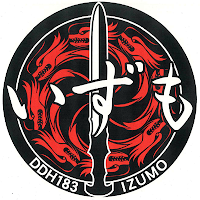 USA and Japan work together!

From the article as seen at Freeper:

"U.S. Marine F-35B Lighting II Joint Strike Fighters will operate off a Japanese warship later this year, Marine Corps Commandant Gen. David Berger said on Wednesday. In November, the Marine F-35Bs will embark on one of the two 24,000-ton Izumo-class helicopter destroyers in an exchange that could lead to a similar program in which a U.S. Marine JSF squadron embarked aboard U.K. Royal Navy aircraft carrier HMS Queen Elizabeth (R08) this year."

Izumo I recall when the vessel became operational it was said that jet warplanes of the VSTOL type [F-35] could not operate off the ship. The deck was not of adequate construction able to handle the hot jet exhausts as would be needed for a Lightning vertical take off or landing.

Such a deficiency has been remedied?