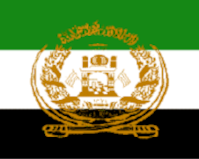 The Pashtun Taliban have defeated once and for all the Tajik?

2. "‘War has ended’ in Afghanistan, Taliban says, despite resistance’s claims that Panjshir Valley is still not lost"

Afghan a tribal nation now and has always been so. A strong central government never has worked in Afghan and probably never will. Pashtun heavy-handed rule will only result in civil war and further destruction. Even if the Tajik defeated NOW, don't count on them and other groups  going out quietly.