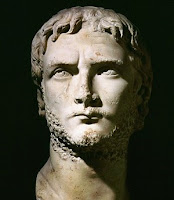 “It basically ceded a huge amount of authority and power and influence in the world from the West to the authoritarian states,” ~Colonel Richard Kemp.

From the Liberty Beacon and the article By John Solomon

WHEN THIS ENGLISH  BLOKE SPEAKS, WE SHOULD ALL LISTEN?

"The former commander of British forces in Afghanistan eviscerated President Joe Biden for the sloppy U.S. exit, calling it a 'self-inflicted wound' that damages American prestige for decades and is more consequential to global security than the Vietnam war or the Sept. 11 terror attacks."

“'It basically ceded a huge amount of authority and power and influence in the world from the West to the authoritarian states of Iran and North Korea, but particularly China and Russia,' retired Colonel Richard Kemp told Breitbart News on Thursday."

Indeed this is very heavy stuff and I fear accurate in the main. Some persons are even suggesting this is a Valerian moment for the American nation. A traumatic crisis for the psyche that will have ever-lasting  consequences and negative ramifications more or less forever.

Valerian the Roman Emperor captured in battle and dying in captivity. "The unprecedented event and the unknown fate of the captured emperor generated a variety of different reactions [causing shock and instability throughout the Roman Empire]".