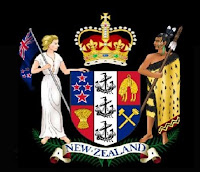 ANZAC gone? Australia and New Zealand part ways with regard to military and allied defense initiatives?

"On Wednesday, Australian Prime Minister Scott Morrison together with British counterpart Boris Johnson and US President Joe Biden announced the formation of the new AUKUS defence and security partnership to 'protect and defend" the three nations' 'shared interests in the Indo-Pacific'."

NEW ZEALAND CONSPICUOUSLY NOT INCLUDED IN THE SECURITY ARRANGEMENT.

"The fact that New Zealand is not part of a new security pact between the US, the UK, and Australia exposes Wellington's current differences with its traditional allies"

Traditional allies the most important [?] has been of course historically Australia. The Australians having opted to go nuclear with the acquisition of atomic-powered submarines. Able to project power over a wide are of the Indian and Pacific ocean. New Zealand ANTI-NUCLEAR and hesitant to get involved due to "green issues"? Both Australia and New Zealand currently declared nuclear-free zones.

Excluded but perhaps by choice. That is my perception!