Here with some images of Italian tanks as might have been encountered by British tank men during those North African battles of the Second World War [WW2]. These are the type of tanks the British tank ace Alfie Nicholls would have faced during the North African desert campaigns? 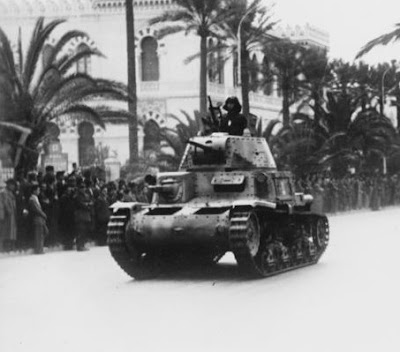 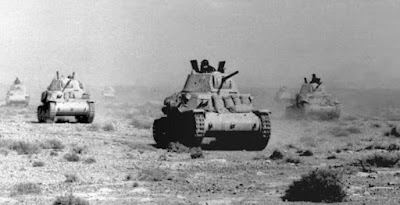 M13/40 tank. 47 mm gun. This is what Alfie Nicholls might have seen during tank versus tank combat, the Western Desert, WW2! 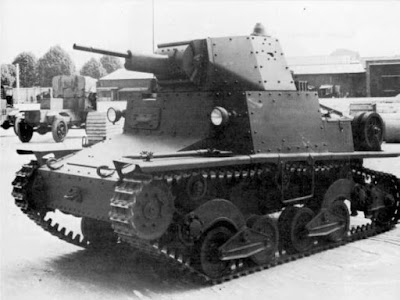 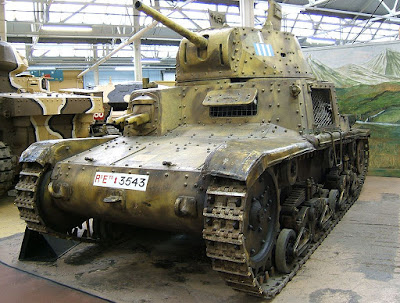 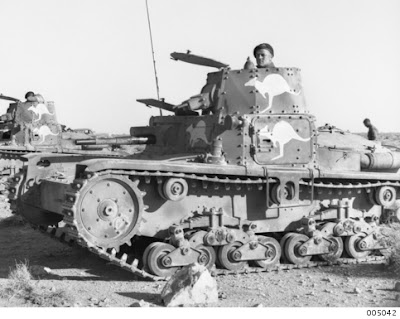 An Italian M11/39 light tank armed with a 37 mm gun and as captured and put to good use by Australian troops fighting in the North African desert. Armor 6-30 mm. Note the kangaroo painted on the side of the tank. To prevent instances of fratricide!

From this Internet web site article it makes clear that the British tanks during the various battles of the North African desert during WW2 100 % dominant.

Armor also not always in a duel, mano-a-mano, tank versus tank. Tanks destroyed or put out of action quite often the victim of anti-tank guns.

Nothing in that article suggests that British tanks were 100% dominant. Far from it.