From Sputnik and as portions copied in entirety and shamelessly so.

The armored train. A real blast from the past. An anachronism I think most persons think is a concept gone with the dodo! But not in Russia.

"On Monday, the Russian army kicked off military exercises in the Volgograd region, using its 'Baikal' and 'Amur' armored trains for the first time in nearly fifteen years." 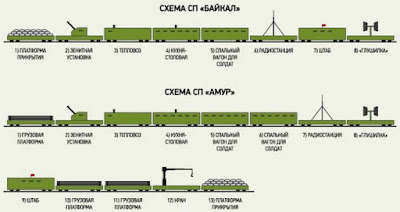 "armored trains are highly functional, especially when it comes to low intensity conflicts, i.e. counter-terrorism operations…The presence of terrorists in an area makes it impossible to ensure the security of the rail transport network through its entire length; therefore, a mobile fortification equipped with heavy weapons solves this task very well."

"The Baikal and Amur are from a different school of military thought. The armored trains were used in the conflicts in Chechnya, where four such trains were operated as troop trains, simultaneously providing cover for sappers engaged in track demining operations, and to protect important infrastructure."

RUSSIA IS THE LAST NATION ON THE PLANET THAT CONTINUES TO USE THE MILITARY ARMORED TRAIN? THIS MIGHT BE SO! COSSACK CAVALRY UNDOUBTEDLY NEXT ON THE AGENDA.