The best laid plans of mice and men often go astray! And if there are no plans?

"The next Benghazi? State Department leaves contractors in Afghanistan without escape plan" by Sara A. Carter

What do we do now ma?

"Surrounded by increasing violence and instability, U.S. contractors left behind in Afghanistan are raising alarm about the potential for another Benghazi tragedy, saying the State Department isn't sharing with them a plan to evacuate if insurgents launch a debilitating attack."

IN ALL INSTANCES WHEN THINKING EVACUATION OF AMERICAN AND ALLIED PERSONNEL [TO INCLUDE LOCAL FRIENDLIES] FROM KABUL, FIRST OF ALL REMEMBER THE BRITISH RETREAT , CHRISTMAS DAY, 1842. ONLY ONE MAN OF EIGHTEEN-THOUSAND SURVIVING THE NINETY MILE TREK TO THE KHYBER PASS AND SAFETY!! 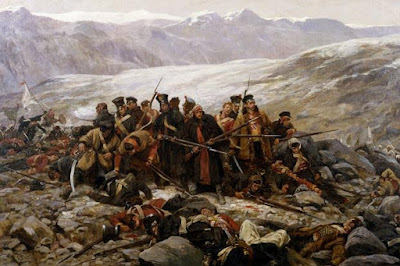 WE MIGHT ACTUALLY SEE SAIGON, 1975 DEJA VU ALL  OVER AGAIN?

Furthermore, from a conversation with an authority whose judgment can and should be heeded:

"the improvement in instant communications works to degrade the ability to respond."

RESPOND TO A CRITICAL AND HEATED SITUATION, FLUIDIC, FOR WHICH DECISIONS BY THOSE IN COMMAND MUST BE MADE IN AN ALMOST INSTANTANEOUS AND CORRECT MANNER SANS A WHOLE LOT OF INFO!!

Evacuate or not evacuate and how! That is the question and the decision that must be made!

"Now, such decisions are passed on to 'higher headquarters'--all the way to the Top, where Presidents, Cabinet Secretaries . . . are the ones who have to be briefed and make decisions without knowing everything about the assets, local situation, etc.  It takes time to bring them all 'up to speed' . . . Instead of a local Lt. Col. or local embassy official making the decisions, they have to pass everything on to the people in Washington who don't have a clue about the local situation and options. For them, out of the line of fire, the best decision becomes 'no decision'."

NO decision within the current Afghan context would mean disastrous consequences for all parties.