First there was Duga. NOW we have Sunflower and Container? 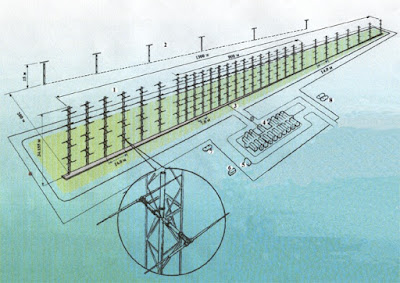 An image of the Container antenna array? Receiving or transmitting?

"Radar signals were detected by some amateur radio operators in 9.2-19.745 MHz frequency band. Pulse repetition rate is 50 pulse per second, bandwidth about 14 kHz, frequency modulation on pulse (FMOP) is used . . . The received signal has a sound similar to the nicknamed Russian woodpecker, a Soviet early warning system radar Duga-3 operated from 1976 to 1989."

As with the Russian Woodpecker/Duga-3 Container also CAN and IS causing interference in the high-frequency band? Listen to what purports to be the new Russian OTH!