Surprisingly to myself, British armor during those initial stages of the North African campaign NOT SO superior to Italian tanks. That Cruiser class of tank while slightly [if that except for the Matilda] more armored than an Italian counter-part, less well GUNNED!!

Those Cruiser tanks it was said of that SPEED WAS ARMOR! That proved to be a dubious proposition.

That Matilda tank very well armored but still lacking a main gun superior to that of the Italian tank as encountered in the North African desert. 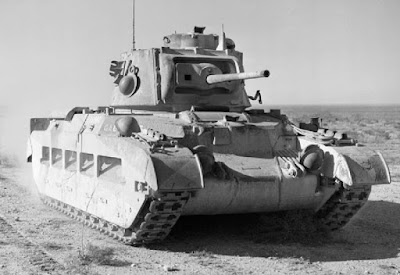 Matilda Mark II tank. An infantry tank and heavily armored. Firing a 40 mm gun with armor 20-78 mm. A heavy tank for the period but relatively ponderous [?]. 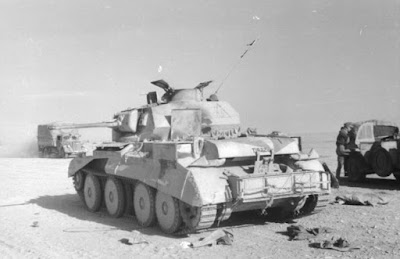 This image courtesy of Bundesarchive. A damaged Cruiser Mark IV tank, the North African desert. Fires that 40 mm gun with armor 6-30 mm. There seems to be some discrepancy regarding the armor of the MK IV. Original intent was for the entire tank to have armor of 30 mm but this did not occur. 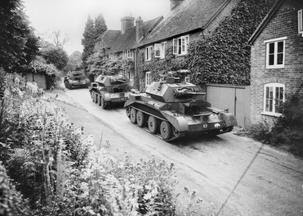 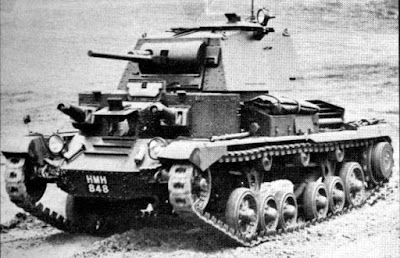 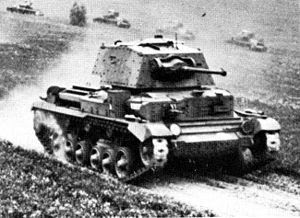 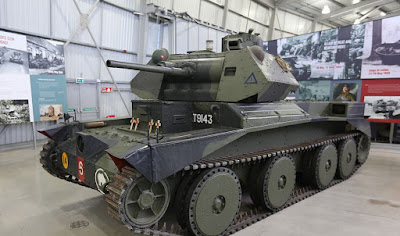 And as repeated for emphasis:

From this Internet web site article it makes clear that the British tanks during the various battles of the North African desert during WW2 100 % dominant.

Armor also not always in a duel, mano-a-mano, tank versus tank. Tanks destroyed or put out of action quite often the victim of anti-tank guns.