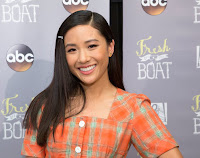 “stop perpetuating the racist myth that only a white man can save the world.”- - Constance Wu.

"Fresh Off the Boat” actress Constance Wu has spoken out about Matt Damon’s casting in the film 'The Great Wall.'”

"Damon was inexplicably cast to star in the movie ― reportedly China’s most expensive production to date ― which is essentially a period action film with a fantasy element. (Hint: there are monsters.) Damon plays a soldier who goes up against the monsters with the help of  'elite warriors.'”

This is the stuff of the "white messiah" saga. The charismatic American or European, a man with marked military ability and experience, arriving in the foreign nation OFTEN UNANNOUNCED, able to organize, train, plan, lead into battle the forces of insurrection against the evil dictator. MAYBE EVEN DO THE SAME WITH THE INEPT AND TOTALLY IMPOTENT FORCES OF THE CENTRAL GOVERNMENT!

AT LEAST THREE TIMES WITHIN RELATIVELY RECENT CHINESE HISTORY ALONE HAS THE "WHITE MESSIAH" MADE AN APPEARANCE!!

The names of Frederick Townsend Ward, Chinese Gordon and Homer Lea most important within context. In the instance of each man not a fantasy movie but real life!

Concerning all three men you need to read the appropriate wiki entry.

Ward most significantly in the aftermath of his death being deemed as worthy of worship as a joss!! Ward was not only a "white messiah", but  the man BECAME A GOD!

Constance you have now had your history lesson and so the much better for it. Devoted readers to the blog as well! Amazing too how you can find material for blog entries spontaneously and quite unexpected.