As it was in China almost eighty years ago as it is now in Syria? 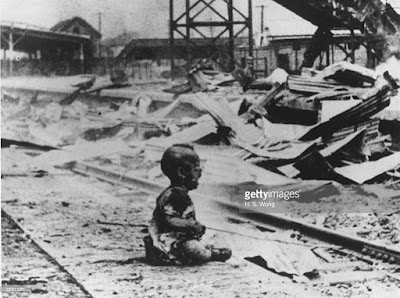 Courtesy of gettyimages this most famous and described as iconic image [1937] from the Sino-Japanese War. A child in the bombed-out railway station of Shanghai after a Japanese air raid. Denounced by some [Japanese] if not a staged photograph at the least embellished! 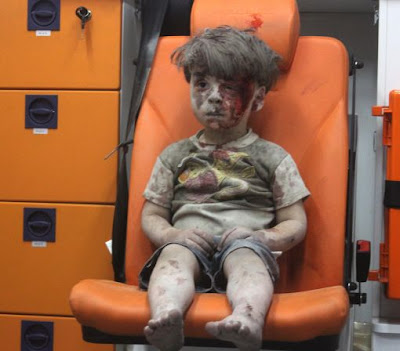 The Aleppo Boy. Child obviously in a state of shock, a victim of an  air raid, Aleppo, Syria, 2016. Also denounced by some as being if not staged at the very least embellished!

"'Critics have suggested that [the video] is part of a propaganda war, aimed at creating a 'humanitarian' excuse for Western countries to become involved in Syria,'" [Russian Times]

"'The workers did not make rapid rescue efforts, and instead quickly set up a camera.'" [Russian Times]

That use of small children and victims of war to "make your point", embellishing or staging photographs if indeed done an obnoxious and abhorrent behavior.