From Sheldon Adelson and Israel Hayom Internet web site we have the pronouncements that most Americans reluctantly want to hear. 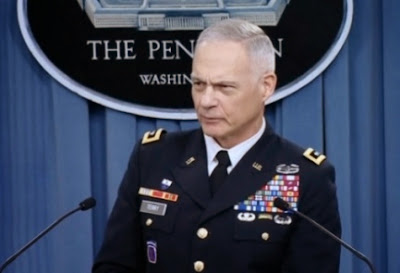 General Terry wearing his dress blue uniform and having the appearance at least from my perspective of the average, everyday Latin American dictator as used to be the case.

A MINIMUM TO DEFEAT ISIL NOW SEEN AS A THREE YEAR CAMPAIGN!!

From that era of the American Indian Wars one of those general officers making his mark during that period also a General Terry. I wonder if the two are related in some manner?

And that THREE YEAR MINIMUM again hardly what the American public wants to hear. Keep in all under wraps I might assume.