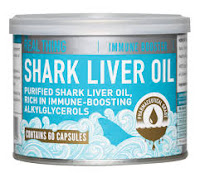 Continuing further from that article originally seen at the isegoria.net Internet web site with my commentary. Vitamin and nutrition as necessary for the health of the military man at question.

"The December 1941 issue of Mechanix Illustrated — presumably on shelves before Pearl Harbor — promises Captain Marvel Troops for America! — through the miracle of modern scientific vitamins"

"Now getting closer to our American shock troops, consider the RAF pilot they call 'Carrots.' His photograph has been carried in all the newspapers. It was not his red hair that won him his nickname, but his habit of munching on carrots. 'Carrots' has the reputation of being the best night fighter in the RAF. Why? Because he can see better in the dark than most of his pals. Why can he see better? Scientists will tell you it is because carrots are a particularly rich source of Vitamin A. And Vitamin A is a preventative of  'night blindness.' Heavy shots of it will increase the ability of anyone to see in the dark!"

AT THAT EXACT MOMENT IN TIME NO SYNTHETIC VITAMIN A WAS AVAILABLE. THE VALUE OF VITAMIN A WELL UNDERSTOOD SUFFICIENT QUANTITIES OF THE VITAMIN  AS OBTAINED FROM NATURAL SOURCES LACKING!!

The remedy for the problem the harvesting and processing of shark liver as a natural Vitamin A supplement. From an exhibit as seen at the Maritime Museum, Astoria, Oregon, USA:

"Shark Fishing On the Oregon Coast"

* "Vitamin A was urgently needed during World War II to improve night vision for pilots."

* "Shark liver was found to be rich in Vitamin A. An entire fisher was formed to catch soupfin and dogish shark off the Oregon coast."

* "In 1949 a synthetic Vitamin A was available and the fishery soon ended."

Help the war effort those fishermen able to derive a tidy sum in the process. What could be better?