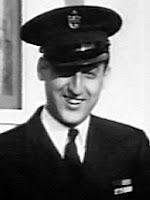 
Among the heathen we shall find no persons that exceed the Japanese in manners! - - St. Francis Xavier.

From a pair of exhibits as seen at the Maritime Museum, Astoria, Oregon, USA.

As described by the American naval enlisted man George Laury on his trip to Japan, 1939, his [Laury] admiration for the Japanese people very evident:

"I would sure hate to have to fight these people. . ."

"One sailor, George Laury of USS Astoria's F Division, described his experiences in a letter home."

"Yesterday we were given a sight seeing trip to Tokyo and vicinity and visited all the national shrines, the Imperial Palace and parks and gardens and other spot of beauty and interest". . .

"They are the most pleasant and sociable people I  have ever met. They can't seem to do enough for us. Our uniform is enough to get us entrance to anything or go anywhere without cost. They bow to us and salute us everywhere we go."

"I'm really enjoying this visit and so is everyone else. I would sure hate to have to fight these people."

And as was the headlines from the local newspaper [Astoria] that day after the attack on Pearl Harbor:

I highly recommend without qualification or reservation the Maritime Museum, Astoria. Devoted readers to the blog if touring in the vicinity of Astoria the trip to see the various exhibits very worthwhile.