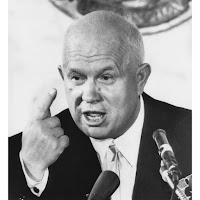 Scalar weapons? Never heard before of such a thing.

The latest and greatest threat from the Russian? Unstoppable super-weapon technology for which there is no defense. Russia already has deployable such "scalar" systems? Whatever those are.

1. "Russia Has Scalar Technology Weapons That Can Unleash Massive Destruction"

From basedunderground.com the story by Natural News  May 7, 2022.

"Russia has scalar technology weapons that can unleash massive destruction"

"( Natural News ) Russia has claimed that it has made a radical new weapons system that can render enemy satellites and weapons futile. According to Russian makers, it is a 'fundamentally new electronic warfare system' that can be installed on ground-based, as well as air- and sea-borne, carriers."

"The new electronic warfare system is said to be capable of quashing cruise missile and other high-precision weaponry guidance systems and satellite radio-electronic equipment. The system, which sounds like scalar type weaponry, can also target the enemy’s electronic means, military satellites and deck-based, tactical, long-range and strategic aircraft."

2. "12 Things You Should Know About Scalar Weapons"

2. HOW WERE SCALAR WAVES DISCOVERED?

3. A CLOSER LOOK AT SCALAR WAVE-FORMS

4. HOW DO SCALAR WEAPONS WORK?

5. WHAT CAN SCALAR WEAPONS DO?

10. TESLA’S TECHNOLOGY WAS SECRETLY CONTINUED BY RUSSIA AND THE NAZIS

11. IS THERE A SECRET WAR GOING IN THE SKIES?

12. WHO ELSE IS CONTINUING TESLA’S SCALAR TECHNOLOGY?

Article by "Silliness in the Storm". What does that say? I guess devoted readers to the blog will have to read the whole article for themselves.

Grandiose weapons with fearsome threat capability were a popular concept during the Cold War Era. Threats of a menacing nature by the Soviet intended to scare the capitalists a favorite technique as engaged in by Nikita Krushchev.