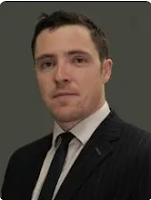 Speculations here as to the rather pronounced number of Russian general officers killed during the Ukraine Conflict.

From the "Moscow Times" By James Beardsworth

"In a ceremony deserving of his rank, Russian Major General Vladimir Frolov was laid to rest in St. Petersburg’s Serafimovskoe Cemetery, where tens of thousands of victims of World War II are buried."

"One of the reasons for the higher death toll is that Russian officers are obliged to make more frequent trips to the frontlines than their Western counterparts, according to experts."

“If he [Russian general officer] doesn't get information, and officers are not feeding back information, this draws generals closer to the fighting,” said Sam Cranny-Evans, a military analyst at the Royal United Services Institute, a British think tank.

“Some generals will be friends of Putin, or associates of [Defense Minister Sergei] Shoigu and [army chief Valery] Gerasimov, to a degree in which generals in Western armies are not, so there’ll be a personal responsibility to check everything is going well,” he [Cranny-Evans] said.

Regarding the CV and expertise of Sam Cranny-Evans:

"Sam Cranny-Evans joined RUSI as a Research Analyst in C4ISR in October 2021 having spent five years at the Janes Information Group where he finished as a lead analyst in land warfare platforms. His primary role was the creation and maintenance of the Janes Armored Fighting Vehicles yearbooks and online content set."