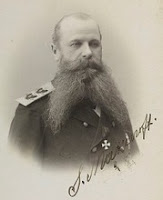 "A massive Russian warship was reportedly struck by Ukrainian missiles earlier today in what has been described as 'another failure of the Russian fleet'. The Admiral Makarov was believed to be ablaze after the strike in the Black Sea. Reports suggest it was close to Snake Island and a rescue operation was deployed involving aircraft and boats"

2. "The Russian Frigate ‘Admiral Makarov’ Might Be The Juiciest Target In The Black Sea (It is burning already)"

"After the dramatic sinking of the missile-cruiser Moskva by a Ukrainian missile battery on April 14, the Russian Black Sea Fleet is down to just three major surface combatants. The best and most important of them might be the new missile-frigate Admiral Makarov... Commissioned in 2017, Admiral Makarov is the third, last and most modern vessel in her class"

Ukrainian Neptune at work again? These anti-ship coastal-defense missiles sea-skimming seem to be quite effective. See previous blog entry the You Tube video with simulation of such at attack, surface vessels even when well armed against missile attack quite vulnerable.

This Admiral Makarov story continues even as we speak.

Bert says read this stuff: "Commissioned in only 2017, the Makarov is one of Russia's most modern combat warships and carries a crew of around 200 people it is thought. It is now one of the largest frigates Russia can currently make because Moscow traditionally has gotten its big marines engines from Ukraine."