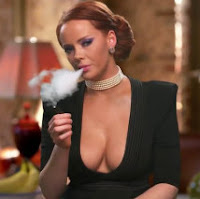 Incels. Never heard of such a thing!

From the New York Post the article by Chris Perez and the tip from Jay.

"Air Force instructors have been warning troops about the growing threat of radicalized 'incels' — aka guys who can’t find women to sleep with them, a report says."

"Airmen stationed at Joint Base Andrews in Maryland were recently briefed on the 'involuntary celibates,' with documents cautioning them about an 'increase in nationwide activity,' according to the military website Task and Purpose."

THERE IT IS IN THE NUTSHELL. ANGRY AND VOLATILE YOUNG MEN TAKING THEIR FRUSTRATIONS OUT ON WOMEN. EXTREME VIOLENCE COMBINED WITH VISCERAL  HATRED. MILITARY MEN IN PARTICULAR HAVING THE SKILL AND ABILITY TO INFLICT A LOT OF DAMAGE IF THEY SO WISH.

I must be getting old!