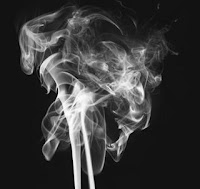 Naval matters American and English both. And neither for the best.

Yet more from WIZARD through Harry at Sharkhunters:

1. REPAIRS! "Poor fire safety practices in the yard are putting at risk the two-year, $523-million effort to repair the USS FITZGERALD, a guided-missile destroyer heavily damaged in a 2017 collision."

MERELY TO REPAIR A DAMAGED WARSHIP A HALF BILLION DOLLAR REPAIR PROJECT.