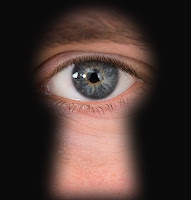 Consider this blog entry to be so apropos within context of a most recent blog entry:

"The alliance decided to test how well prepared its soldiers are for the evolving methods of espionage in the world of modern technology and social media by using fake accounts and social engineering."

THIS HAS BEEN A POPULAR TOPIC FOR BLOG ENTRIES. MALWARE AS DOWNLOADED ONTO SMART PHONES AND OTHER INTERNET CONNECTED DEVICES ALLOW A HOSTILE FOREIGN INTELLIGENCE ENTITY TO SPY ON THE INDIVIDUAL TROOP EFFECTIVELY AND SURREPTITIOUSLY. YOUR SMART PHONE HIJACKED AND BEING USED AGAINST YOU!

NATO personnel presumably having been forewarned the object of this exercise [electronic-counter measures] to test the real-world adherence to the security rules as stated by higher command.

AND HOW WELL IS NATO DOING? WE SHALL HARDLY EVER KNOW I THINK.