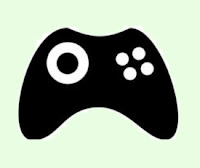 Be assured this is not going to work!!

Video gamers army recruits? Again, I assure you this is not going to work!

"Army recruiters are having a challenging time convincing Americans born between 1995 and 2005 to sign up and serve. The situation is so dire that Army Recruiting Command has turned to e-Sports video game tournaments."

Sponsoring video game tournaments is an effort to boost recruitment after the Army fell short of its 76,500 recruitment goal by 6,500 people last year."

"However, there is a problem: 'Health-Risk Correlates of Video-Game Playing Among Adults' study shows that video gamers in America are overweight and depressed."

ONLY one-quarter [25 %] of American youth able mentally and physically eligible for military enlistment by current standards. Deficiencies of a physical [overweight] and mental [educationally lacking] nature combined with drug use and criminal record precluding enlistment.

See previous blog entry the topic Chinese youth unfit for military service one particular consideration being: "a dependence on mobile and computer devices . . . with the fixation on screens".