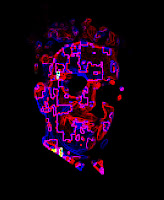 From the era of the Cold War I was vaguely aware of all this. DARPA in action.

As described in the article as seen at Russian Times [RT]:

"The Pentagon has dusted off a Cold war era concept to deal with large attacking forces, revamping it to fight Russia and China. While all the technologies are in place, the new-look program will come to fruition only in 10 years."

"In 1977, DARPA began the Assault Breaker program to develop a system to detect and destroy concentrations of mobile tank forces behind the front line."

BREAKER THE COMBINATION OF PRECISION-GUIDED WEAPONS TO BE USED DURING A TIME OF WAR WITH THE OLD SOVIET UNION. MISSILES AS DELIVERING  A COUNTER TO THE MASSED TANK FORMATIONS OF BIG RED!!

Advanced sub-munitions of the type [?] such as the shaped-charged Rockeye!!

Assault Breaker to an extent fielded and combat tested as part of the Army Tactical Missile System (ATacMS) project. ATACMS now kaput but will be brought out of mothballs?