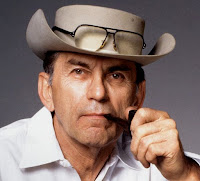 Combat aviation training very dangerous in all circumstances. Accidents, crashed warplanes and deaths from such accidents more common that generally perceived. Aircrew casualties and death while in training alone during the Second World War stupendous.

"Looking at totals for the entire war is even more sobering. The U.S. suffered 52,173 aircrew combat losses. But another 25,844 died in accidents. More than half of these died in the continental U.S. The U.S. lost 65,164 planes during the war, but only 22,948 in combat. There were 21,583 lost due to accidents in the U.S., and another 20,633 lost in accidents overseas." [personally these statistics to me not so entirely clear. A devoted reader to the blog can bring clarify to the situation?]

* American bomber missions over Germany only one man in five would survive the requisite twenty-five missions.

* That most common reason for pilot trainee "wash-out" the inability to copy Morse code at the most simple and rudimentary level of proficiency [five words per minute].

Who ever said any of this was going to be easy??