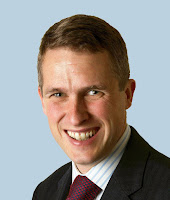 Continuing with extracts from the Russian Times [RT] with my commentary.

Gavin Williamson again making statements deemed by some to be controversial.

"Britain’s new Defense Secretary Gavin Williamson has taken a tough line on British-born members of Islamic State – Kill them and be done with it. His comments are the latest in an ongoing debate over whether disillusioned jihadists could be reintegrated."

"In a bold interview with The Sun, the freshly appointed minister vowed to hunt down and kill British IS fighters with drones."

HUNT AND KILL BRITISH CITIZENS WHO ARE ADHERENTS TO THE ISLAMIC STATE CAUSE. KILL WHILE COMBATANTS IN THE MIDDLE EAST AND BEFORE THEY CAN RETURN TO ENGLAND, IF AND WHEN THEY DO!

See my previous blog entry with similar subject matter. The French too have taken this matter into consideration.

NO QUARTER TO BE GIVEN!