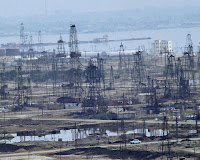 Finishing with a Sputnik Internet article we have yet one extract with my comments. To be honest much-to-do about nothing nonetheless interesting.

A. "Declassified UK government files reveal how the UK government hatched a secret plan to devastate the Middle East's oil industry with nuclear weapons in order to prevent the region’s reserves falling into the 'wrong' hands'"

DENIAL OF MIDDLE EASTERN OIL RESERVES TO BE DONE ONLY IN CASE OF A SOVIET INVASION, A WORLD WAR THREE SCENARIO.  A SCORCHED-EARTH METHODOLOGY AS HAS BEEN A PART AND PARCEL OF WARFARE FOR MILLENNIUM.

B. "However, it was not the first time the West had planned a nuclear 'first strike' on the Soviet Union. In 1945, as World War II in Europe was nearing its end, British Prime Minister Winston Churchill asked his military chiefs to prepare a secret war plan — 'Operation Unthinkable' — that would see the Western allies execute total war on the Soviet Union in Central and Eastern Europe, before marching on to the Soviet Union itself."

Unthinkable only to be implemented in case of: 1. Soviet treachery vis-a-vis Poland in the aftermath of the Second World War. 2. A massive Soviet military attack on western Europe. 3. NO nuclear strike possible unless with American cooperation.

A full understanding of context essential. The devoted reader to the blog as usual one step ahead of everyone else, Sputnik included. FILES NOW COMPLETELY EXPOSED!