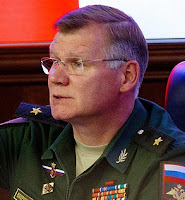 Zapad-2017 over. NOT however the controversy.

Especially germane within the context of a prior blog entry.

Thanks to TASS  © Vadim Grishanin and for the image too.

"The ministry’s[Russian] spokesman said, Viktor Muzhenko’s [Ukrainian] claims about the Russian troops 'hidden' in Belarus, 'demonstrate scale of degradation of the Ukrainian General Staff and incompetence of its chief'"

TROOPS NOW "HIDDEN" AS ALLEGED MUST NOW GO INTO WINTER QUARTERS?? OR ARE GOING TO OCCUPY TRAINING GROUNDS TO PREPARE FOR COMBAT IN THE  EVENTUALITY SUCH A NEED ARISES!

"MOSCOW, September 30. /TASS/. All the Russian military, who participated in the Zapad-2017 military exercise, returned to the permanent deployment areas, and claims by Ukraine’s Chief of General Staff Viktor Muzhenko are not true to life, spokesman of the Russian Defense Ministry Igor Konashenkov told reporters on Saturday."

I would like to believe the Ukrainian has very good intelligence with regard to their own "backyard". Who knows. Deception too is at work here?