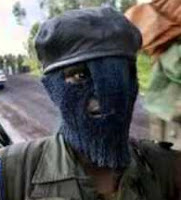 Devoted readers to the blog are familiar with any of this? African conflict of recent vintage of which I was only vaguely aware of. Deaths predominantly among civilians.

"The First Congo War (1996–1997) was a foreign invasion of Zaire led by Rwanda that replaced President Mobutu Sésé Seko with the rebel leader Laurent-Désiré Kabila."

"The Second Congo War . . . began in August 1998 in the Democratic Republic of the Congo, little more than a year after the First Congo War,"

"Ultimately, nine African countries and around twenty armed groups became involved in the war. By 2008, the war and its aftermath had caused 5.4 million deaths, principally through disease and starvation, making the Second Congo War the deadliest conflict worldwide since World War II. Another 2 million were displaced from their homes or sought asylum in neighbouring countries."

"The International Rescue Committee said that between August 1998 and April 2004 (when a bulk of the fighting occurred) some 3.8 million people died in the Congo." [The UN actually has a pretty good working protocol to determine numbers as may be the case in this sorta thing!!]

THREE TO FOUR MILLION DEAD HERE. AND A MILLION OR SO DEAD HERE. PRETTY SOON YOU GOT A WHOLE LOTTA MILLIONS! MILITARY BATTLEFIELD DEATHS MINUSCULE COMPARED TO CIVILIAN CASUALTIES. MASS MURDER, RAPE, STARVATION, DISEASE ON AN APOCALYPTIC SCALE THE RULE, THE RESULTS HORRIFIC.

AND NO NEED FOR ATOMIC BOMBS, CHEMICAL OR BIOLOGICAL WEAPONS. ALL YOU NEED IS AK, PKM AND RPG!!