Even during a time of peace military duty can be hazardous to your health! Accidental detonation of weapons sometimes resulting in a chain-reaction of events catastrophic in nature.

UNARMED TORPEDO AS LAUNCHED ACCIDENTALLY FROM A SURFACE VESSEL. WHILE IN PORT DOCKED!!

"A newly-released file shows the misfire occurred after the operator attempted the test without a mandatory list of safety precautions to hand in March 2014." 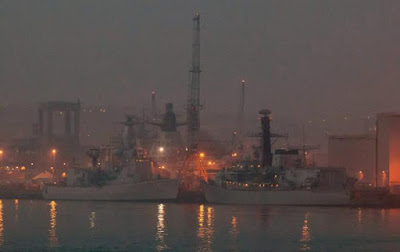 "The unarmed Sting Ray torpedo flew over a jetty and into a heavy duty metal fence at the high-security dockyard, which services nuclear submarines. Nobody was hurt."

"Amazingly no-one was hurt when the 9ft missile, which was not armed, was blasted out of HMS Argyll while the ship was moored in Plymouth's Devonport Naval base."

Emphasis on UNARMED! One man acting in a foolish manner AND NOT following proper safety protocols nearly causing massive damage.

IMAGINE THE OUTCRY IF INDEED A NUCLEAR SUBMARINE HAD BEEN IN THE DOCKYARD BEING SERVICED!