Infantry fighting vehicles [IFV] worldwide!! All the rage and superior perhaps to the American Bradley!!

"The K21 might be the best IFV in the world"

"In many respects, the K21 is similar to modern NATO fighting vehicles like the Bradley, Warrior and the CV90. It has a three-man crew, an autocannon, tracks, anti-tank missiles and compliments for a modified squad of troopers in the rear."

"It’s arguably one of the best in the world"

"A replacement for the South Korean K200 series infantry fighting vehicles . . . is currently called the K21 . . .  It is designed to effectively defeat other IFVs as heavily armed and armored as the BMP-3." 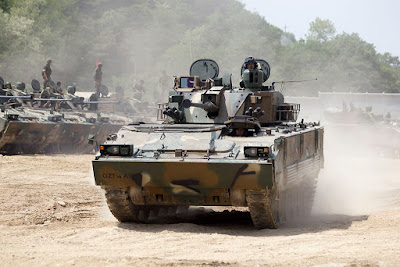 South Korean K21 IFV. This is not a tank! 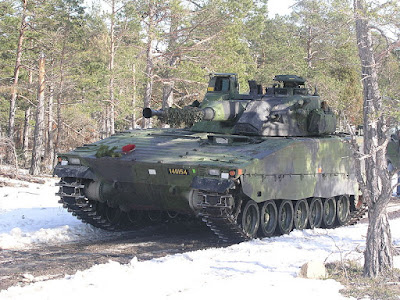 CV90 Swedish IFV. This is not a tank!

"The Combat Vehicle 90 (CV90)) is a family of Swedish tracked combat vehicles . . . The Swedish version of the main infantry fighting vehicle is fitted with a turret from Bofors that is equipped with a 40 mm autocannon, although export versions use 30 mm and 35 mm autocannons . . .  carrying and supporting eight (later versions were reduced to six) fully equipped soldiers."

IFV providing close-country mobility with limited armor protection for the mounted infantry. Heavy infantry this is called, normally troops when dismounted [a fire-team] firing a variety of weapons to include a light machine-gun, grenade launchers and assault rifles!!.

Remember, these are not tanks but under certain conditions have enough organic firepower to defeat almost enemy armor vehicle!! AND BETTER THAN BRADLEY!