Again, until only recently did I become aware of this Russian infantry fighting vehicle [IFV].

"The BMD-3 . . . is an infantry fighting vehicle (IFV) originating from the former Soviet Union. This armored fighting vehicle is one of the lightest in its class and is intended to be a fire support platform for use by airborne and air assault units. The primary armament is a 30 mm 2A42 autocannon capable of firing different types of ammunition which include high-explosive and armor-piecing. The BMD-3 possesses multiple secondary weapons such as the 9M113 Konkurs missile and the AGS-17 grenade launcher to defeat a wide range of targets from enemy infantry to other armored fighting vehicles." 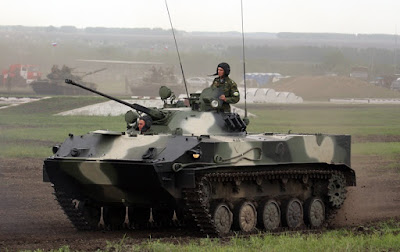 Let me reiterate! This is not a tank! An IFV providing organic firepower and cross-country mobility with protection for an airborne fire-team [of four men]! Is also air-droppable [??] or is at least air-transportable.

As with the BMP-3 also equipped with the Soviet/Russian 30 mm automatic grenade launcher which can be dismounted if necessary. Formidable! 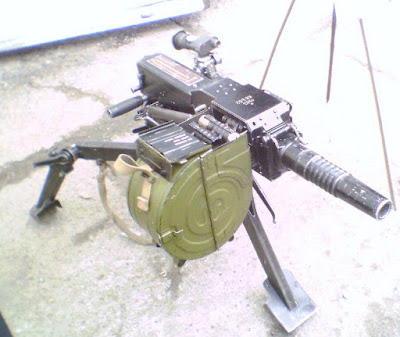 BMD-3 if air-droppable requiring a multiplicity of parachutes and retro-rockets firing to cushion the impact on landing? Probably more air-transportable than droppable!! But I just don't know!