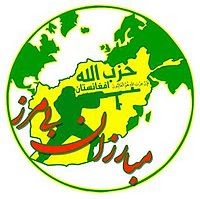 More from Long War Journal and extracted from same regarding the Battle of Khan Touman. Among the proxy forces supporting the regime of the despot Assad are those combat elements comprised of Afghan Hazari. Afghan of the Shia faith.

Footage on social media shows a large number of Afghans and Iranians, and possibly some Hezbollah fighters, among the dead. An alleged text message exchange among trapped Afghans in Khan Touman has since gone viral, particularly for its ominous ending: 'God willing we will be martyred, not captured.'”

"The Fatemiyoun Division primarily recruits from the approximately 3 million Afghan refugees in Iran, as well as the approximately 2 thousand Afghan refugees already residing in Sayyidah Zaynab, Syria. The recruits are typically Shia Hazaras. They are promised Iranian citizenship and salaries of $500 per month in return for fighting. Many are illegal immigrants or criminals who choose recruitment over imprisonment or deportation"

The bashi bazooks in the ancient and venerable practice quasi-military units comprised predominantly of criminal elements and prisoners released from prison and compelled to go to war. That use of bashi bazook common during the Ottoman era and even seen recently in the Sudan.

Such persons rarely if ever make good soldiers. Merely continue their criminal behavior  A constant source of problem hardly made better by being placed under military discipline.