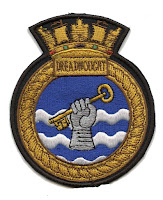 As goes America so goes England?

At least with regard to missile firing submarines?

THE KEEL FOR THE FIRST OF THE COLUMBIA CLASS MISSILE FIRING SUBMARINES HAVING NOT EVEN BEEN LAID AND YET THE PROGRAM ENCOUNTERS A PROBLEM?

Also this not boding well for the English Royal Navy [RN]?

Thanks to WIZARD  through Harry at Sharkhunters:

"Britain's new nuclear submarines [Dreadnought class] face glitches as the US boats fitted with same missile tubes have been found to have cracks. Faulty welding found in the missile tubes of the new US Columbia Class nuclear-armed submarines could delay the future delivery of British Dreadnought boats. Seven of 12 tubes on the $122.3 billion programme were found to be in need of repair when delivered to General Dynamics Electric Boat."

THOSE DREADNOUGHT CLASS MISSILE FIRING SUBMARINES OF THE BRITISH ALREADY IN THE WORKS HAVING THE SAME FOUND-TO-BE-DEFECTIVE MISSILE TUBES? THIS IS THE QUESTION? HOLD THE HORSES? STOP! FULL STOP!

Better to find defects now and not later. Someone at least is on-the-ball with regard to quality control and assurance very vital!