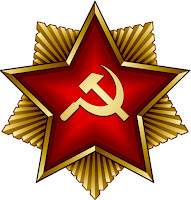 Thanks in all cases to the H.I. Sutton Internet web site "Covert Shores".

"A monstrously large submarine by any standards, the 5,360 ton P-2 design was to be equipped with both Ballistic Missiles and Cruise Missiles, as well as its own midget submarines."

"Sail - - In naval parlance, the sail (American usage) or fin (European/Commonwealth usage) of a submarine is the tower-like structure found on the dorsal (topside) surface of submarines"

"The Project 673 submarine was designed as an interceptor boat, to be kept in port and sent out in the event of an intruding NATO submarine. It was therefore designed for speed."

"Many design concepts from the Project 673 were put into practice in the Project 705K ALFA Class which entered service in the 1970s."

"The p.865 'Piranha' midget submarine was a dedicated Spetsnaz special operations craft capable of delivering 6 frogmen to a target over 400 miles from its base."

MANY IMAGES OF PIRANHA I HAVE NEVER SEEN BEFORE. ONLY SEVERAL PIRANHA WERE EVER BUILT, TITANIUM HULLED AND USED STRICTLY FOR NAVAL COMMANDO OPERATIONS. RANGE HOWEVER LIMITED UNLESS CARRIED OR TOWED TO TARGET BY ANOTHER VESSEL IF POSSIBLE.